In the summer of 1987, I drove across country with my good friend, Josh Clayton-Felt, after our freshman year in college. Once in LA, Josh realized that rock in roll would be the only school he needed so I returned to college without him. Three years later, on the day of my graduation, Josh’s new band, School of Fish, released their new single on Capitol Records and I turned on MTV to see my friend’s dream come true. A year and half later I would would join SoF. Here are the original band members: Michael Ward , Dominic Nardini, Michael Petrak, and myself paying tribute to the band, the song, and the singer that would change our lives. Special thanks to Marciel Miranda (our Joshelgangger) for playing sitar. Enjoy!❤️ 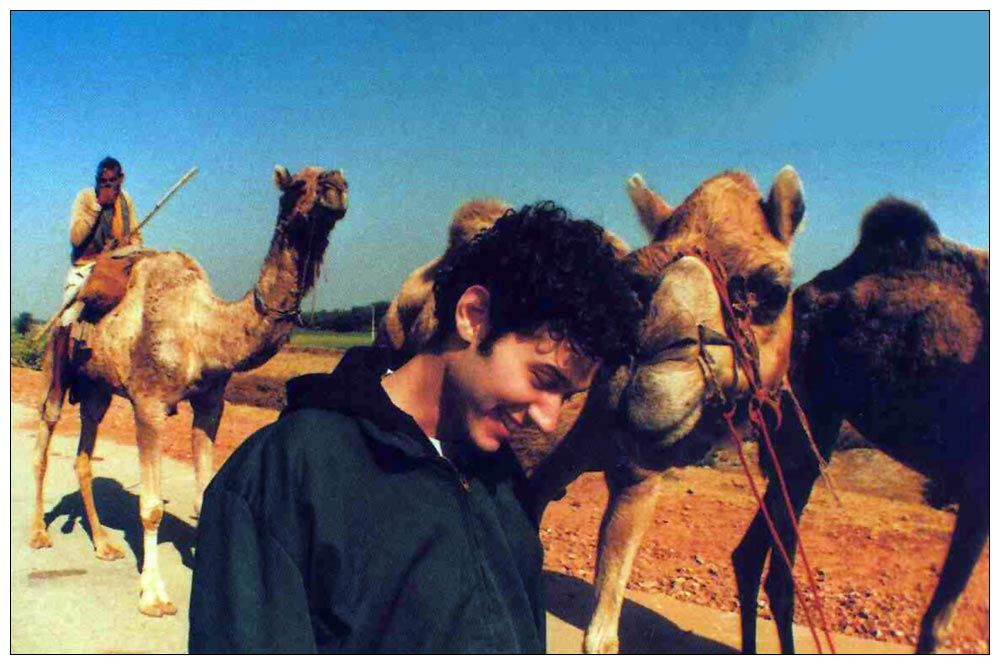 Josh Clayton was originally Josh Clayton, then he was Josh Clayton-Felt due to the complexities of family life. Then after mistakenly being listed on billboards and in magazines as Josh Clayton-Phelps, or Clayton-Feet, or Claytonifeld, he once again became Josh Clayton. He has just finished making his second solo CD for A&M records scheduled for release in the spring of ‘99.

Josh was brought up on radio music and would annoy his parents by constantly switching from one station to another even as he lay in bed at night. But remember this was before the days of MTV and radio formatting that made it all one big commercial. Yuck. He loved the 60’s stuff mostly from England, Prince and funk and he would even, (don’t tell anyone) break dance in his living room after school. Later on found Elvis Costello, (early) Dire Straits, David Bowie, and he always loved the Blues. Then he found out about all the great music that he would have found earlier if he had had a cool older brother who didn’t want a nerdy brother. He got his first guitar, a crimson red Guild electric, in eighth grade.

He moved to Los Angeles in the winter of ‘87-’88 when he dropped out of college. He was beginning to skip classes whenever he had a song idea he could demo, so he decided it was time to do what he was going to do anyway.

His first, well second band in LA was School Of Fish who were signed to Capitol records. One night just before the release of their first CD “School Of Fish” in ’90-’91, Josh was driving down-yes... Hollywood Boulevard. He heard the DJ on KROQ play the new Rolling Stones versus the new... School Of Fish. Granted the Stones didn’t have a chance because of the people listening to that station it was only their parents who would have dared to vote for the Rolling Stones. So that song- “Three Strange Days” became a bit of a hit and Josh and band were off performing their CD around the US and eventually to Europe opening for Crowded House. School OF Fish put out a second CD, “Human Cannon Ball”, and then split up to pursue their own musical visions. Along the way they also opened for Lloyd Cole, The Divinyls, The Wonder Stuff, House Of Freaks, Jesus Jones, and many other bands you’re wondering what ever happened to.

In ‘93-’94 Josh and Co-producer / engineer Tony Phillips (Joni Mitchell, Seal, Pete Townshend, School Of Fish) found a house in the once hippie land of Topanga Canyon near Los Angeles. Josh called this paradise “The Tree House”, and it was there that he recorded his first solo CD for A&M records, playing all the instruments in - post band control freak, look at me I’m Sandradee fashion. But in truth just because that’s how the demos had been made and he really liked them. So it was there that they made “Inarticulate Nature Boy” a title that Josh had jokingly come up with to see if his manager could remember it. It was an exhausting undertaking so Josh made a note to Self to find other musicians to help out the next time. Oh. later Josh did decide that the title has some meaning. It means to have once been from and of nature but to now be cut off from it, thus being “inarticulate” yet, remembering that Nature and not having the words to describe it. Or something like that.

Inarticulate Nature Boy was a wonderful mix of groove and classic song writting, Josh can even still listen to it every once in a while. He toured the record extensively both solo and with a band, opening for Dishwalla, Del Amitri and finally Tori Amos. During a 60 show opening slot for Tori Amos Josh, playing on his own (no band) for the first time averaged sales of 50+ CDs a night. This made A&M want to give him a job in sales, but he opted for his guitar instead. One night on that tour, at Jones Beach in front of 10,000 people he had the audience say “HELLO NANNY” to his grandmother who was luckily there to hear it. During that tour he recorded a live CD and thanks to A&M was allowed to release it on his own through his web site and at shows. This CD would be his chance to change his name back to the less confusing ...Josh Clayton. It was called “Josh Clayton...Felt Like Making A Live Record.” He put it out in hopes of getting the real thing, no over-working just simple and direct, to the audience. Especially for those who said that “Inarticulate Nature Boy” wasn’t like what he did live and “where could they get that?”

After that tour he went to Ireland where he lived at the end of a path, at the end of a dirt road, at the end of a lane, at the end of a country road about 15 minutes from a small town. He didn’t know anyone there except the Griffins whose two rosy faced kids showed up Christmas morning with a feast for him and kind eyes wondering how he could still be writing. Josh woke to the sounds of cows calving and crows cawing, and he wrote and demo-ed most of his new CD there. He then came back to Los Angeles and searched for producers, continued writing and put a band together. Little did he know then that this would be a record that he would make twice. First with co-producer Tony Phillips and encouragement from Tony Berg (Michael Penn / Wendy and Lisa/ Squeeze) then a second time some six months later with a few new songs and Producer Patrick Leonard (Madonna / Brian Ferry / Roger Waters / Jewel). Both versions were made with bands this time, different for each.

At the end of all this work Josh needed a change. He drove across America, back to Boston with his dog, Kaya, where he has now relocated. As it turns out the new record “At The Well Of Soul”, will be a combination of the two recordings.

Josh is now living in Boston getting a band together and planning on playing shows in the area and touring the East coast in advance of the release of the New CD. He will be promoting the live CD as well as laying ground work for “At The Well Of Soul” and making as much music as possible, because that is what this is all about and he’s not gonna to let some corporate take-over stop that train! No sir! Before and during the making of his record he did several residencies in Los Angeles at Largo where he built up a following and developed the songs for recording. He always aimed at building up a music community there, going against the competitive LA trend by having friends come up for different songs (or improv comedy), and sometimes backing them for their own songs as well. He also has been involved with playing shows and raising funds for a non-profit Native American based organization / community in California called Descendants of the Earth. Josh recently played guitar on some of the new Jewel record. He will be bringing his music to a venue near you soon. Josh’s Web site is: www.joshclayton.com

Postscript: Josh moved back to LA in 1999, drawn by the music scene, his friends and The Descendants of the Earth, for whom he initiated a series of benefits that continued for years after his death. At the end of December. 1999 Josh was brought to a hospital, suffering from excruciating back pain and other symptoms. He was diagnosed with Stage IV testicular cancer and died there January 19, 2000. His final work, Spirit Touches Ground, was released posthumously by DreamWorks to critical acclaim. A further album Center of Six includes tribute songs by friends as well as several additional unreleased songs by Josh. 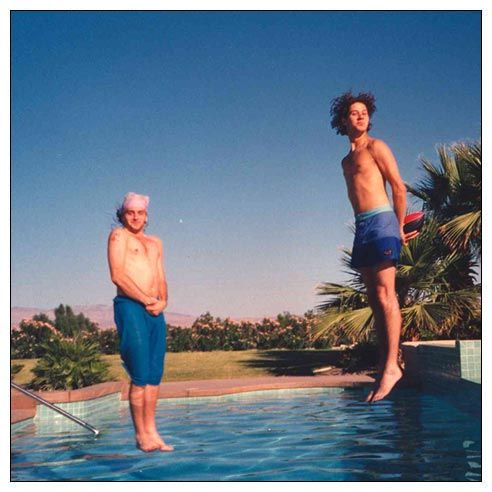 A Message From Michael Ward 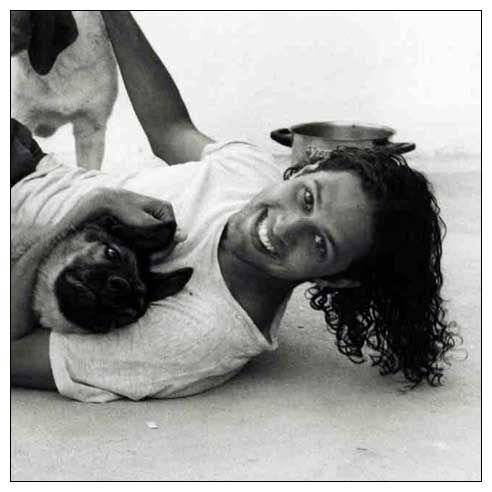 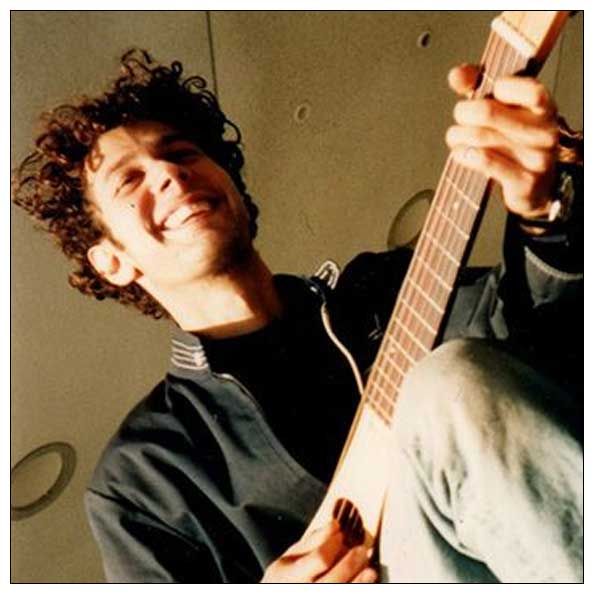 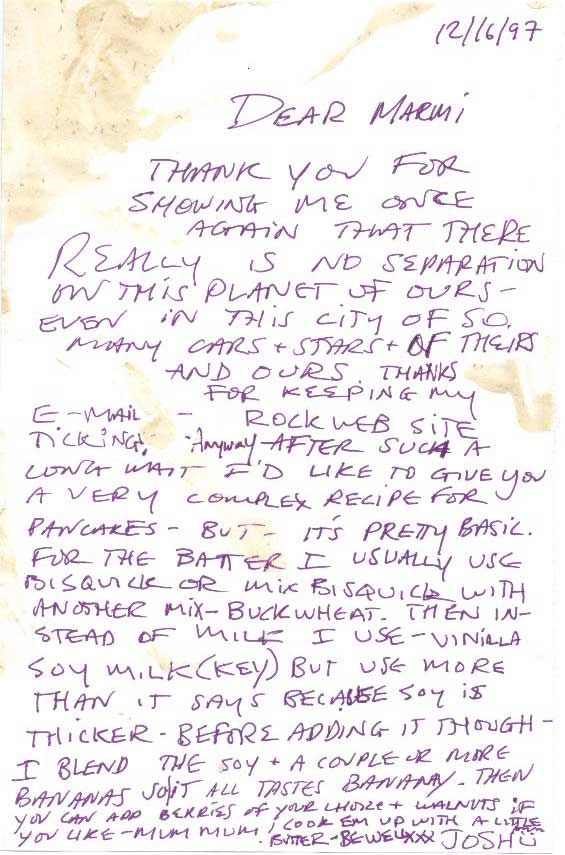 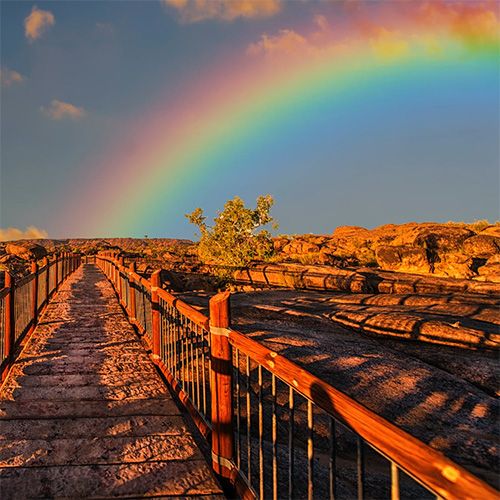 Lesson Of The Rainbow 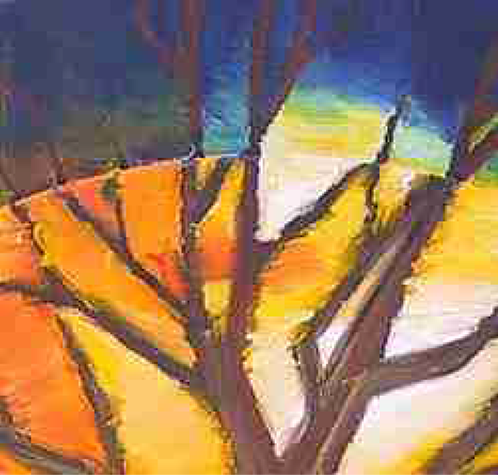 The Boy Who Planted The World 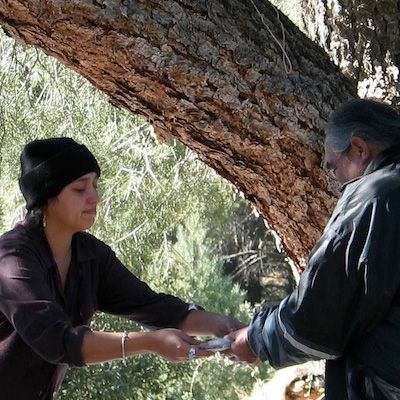